Built in the 18th century and converted into an amazing two-family house, the former shoemaker’s farmhouse in Alt-Riem near Munich has rebored by architect Peter Haimerl. 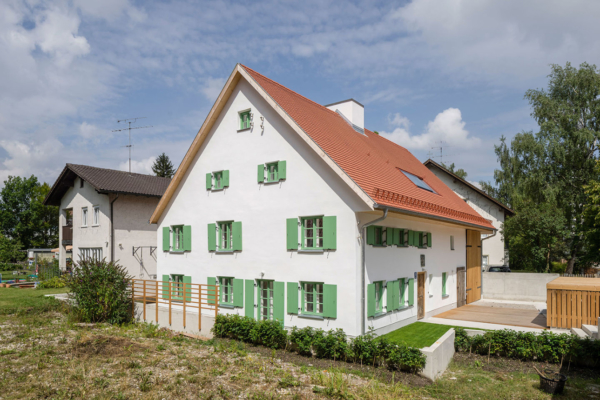 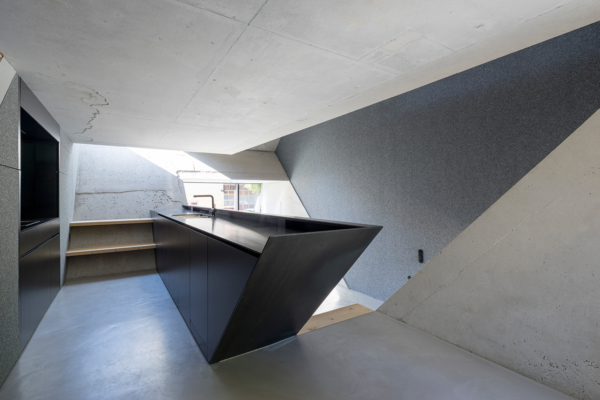 The architectural concept of the Stockerweg project is based on the premise of preserving the historic structure while innovating the space. The defining element is a concrete cube, rotated 45 degrees, that was inserted into the attic and extends along the entire length of the building. The design created surprising angles of light and shadow, old and new, concrete and wood… 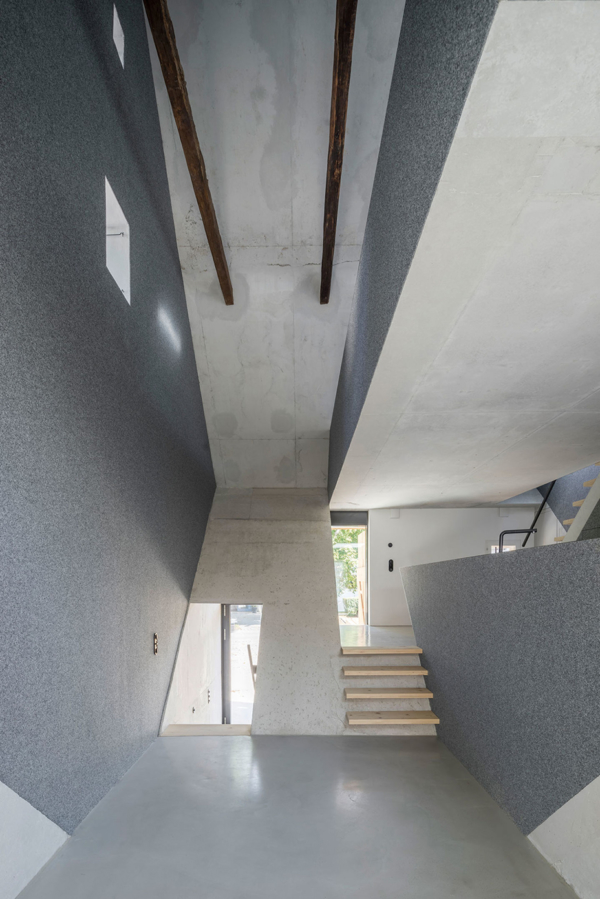 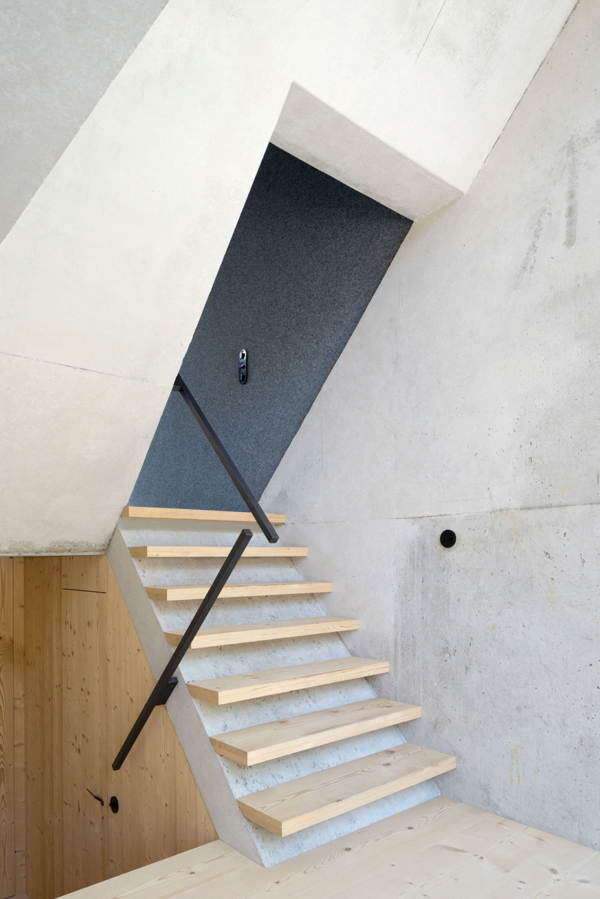 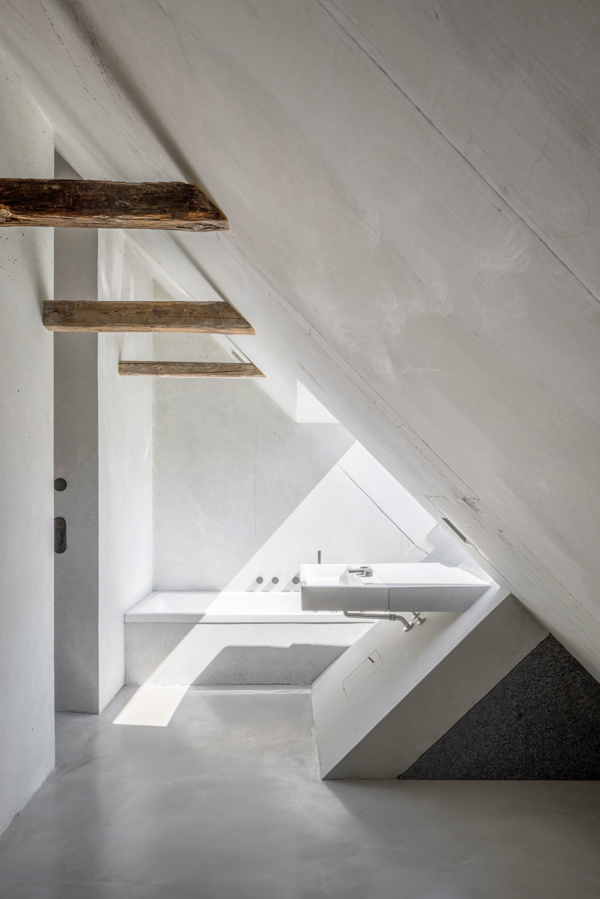 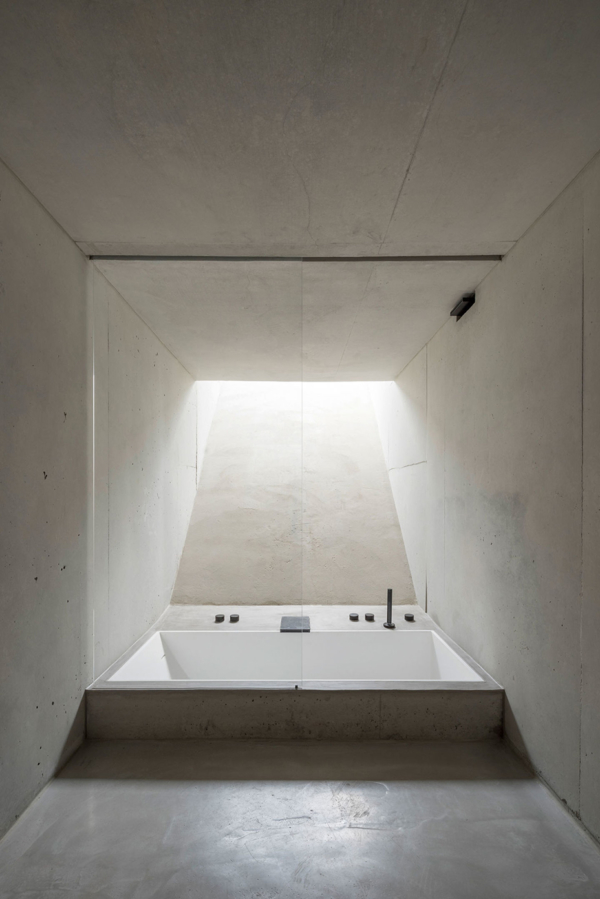 Within this set at an angle cube, there is an ultra-modern unit in the former stables of the estate. Outside the cube, there is a second unit that receives the Past as far as possible and can be felt closely linked to the inventory. 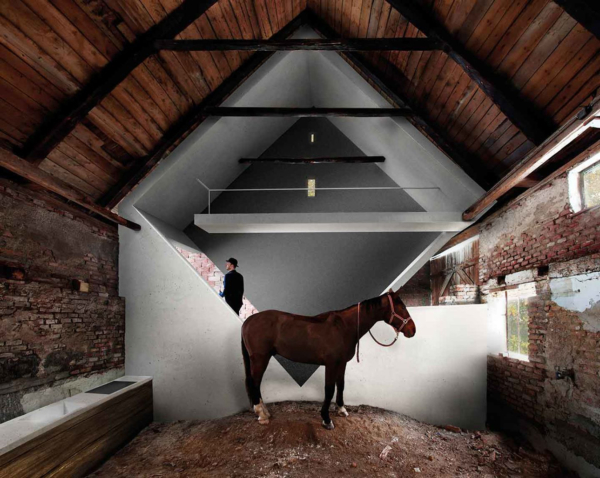