Casa Ventura is a residence designed by Mexican architect Tatiana Bilbao for a young family on the hillside above Monterrey.

This pod-like house consists of a number of irregular pentagons units that inlaid with each other, with unexpected interiors and dramatic landscape outside the forest slopes.

The house emerges above the canopy of existing forest as an unapologetically concrete element, a tower structure that opens out on upper levels as a set of pod-like chambers each directed toward its particular prospect. This, then, is a building predicated on an idea of a structural core and the Structuralist idea of a community of forms. Each of these forms, or subsidiary forms, serves its programmatic purpose yet is achieved through an almost monolithic manipulation of a precise material palette used throughout the entire project.

Although similar to the Mill Valley House , but there is a big difference in idea and performance mode. 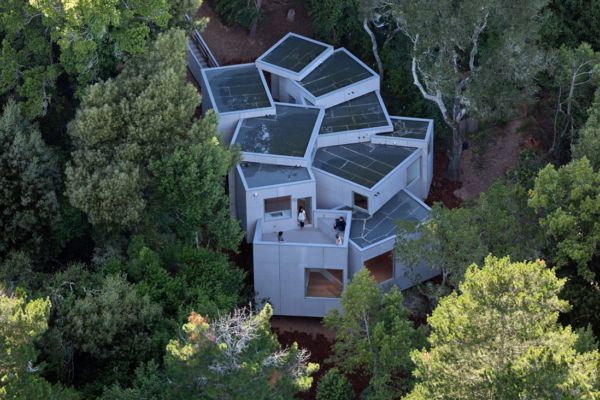 By skin 5 months ago